The old Storstrømsbroen from 1937 was once the worlds longest bridge. 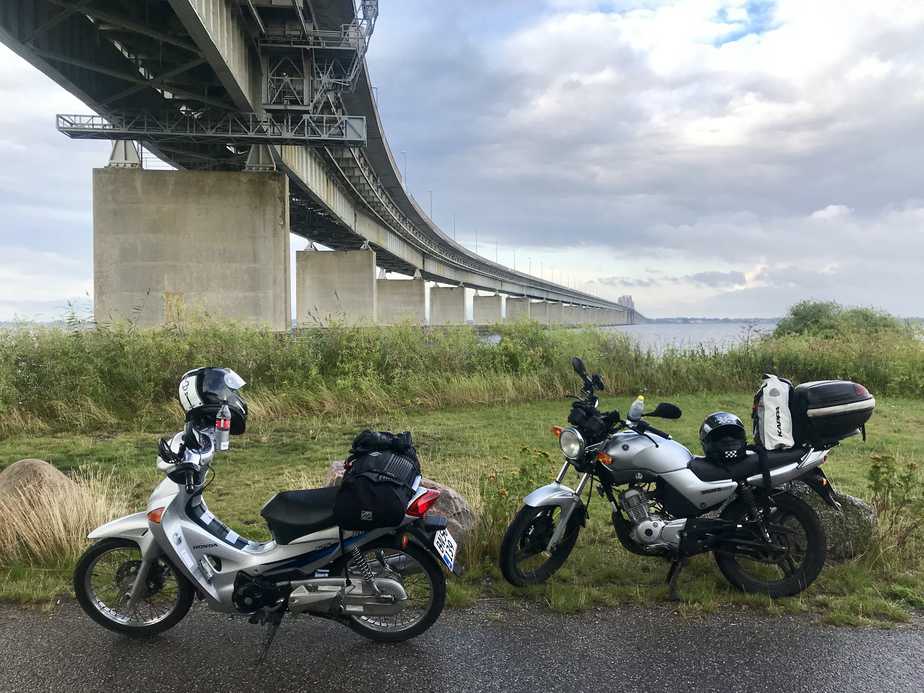 Documenting the start time and place …

At the local gas station. 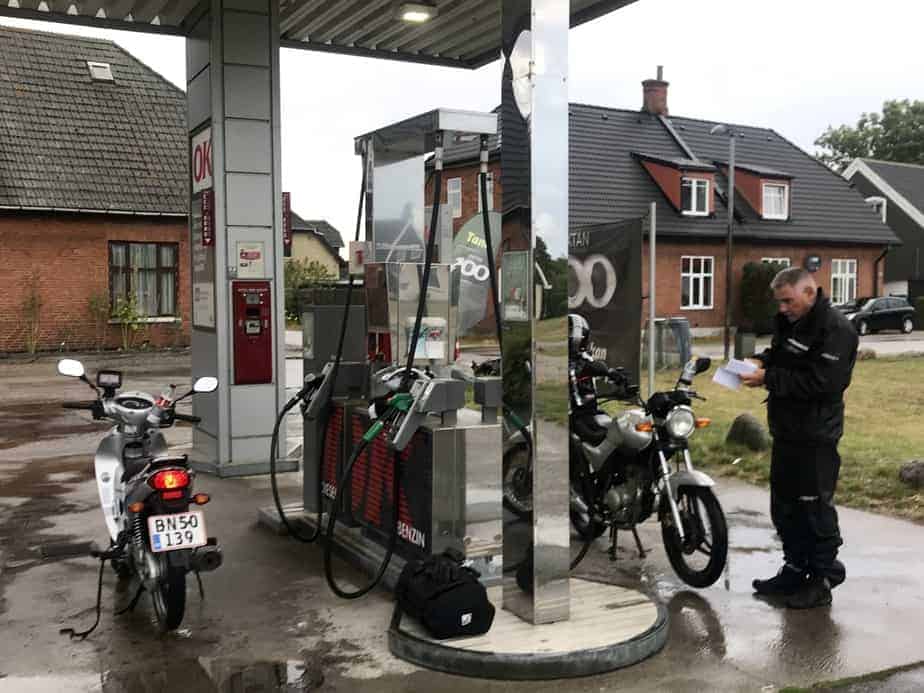 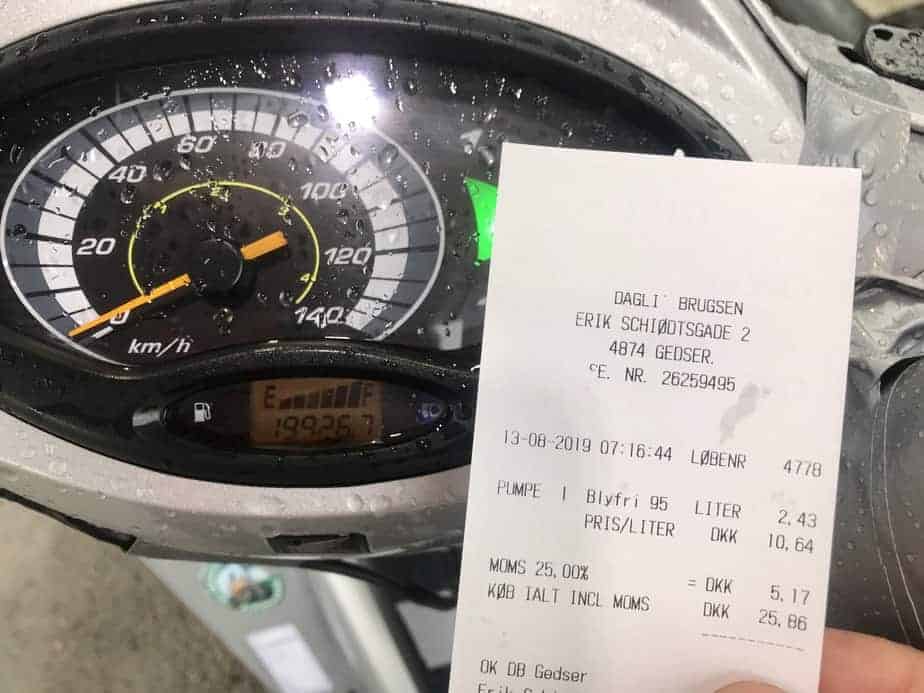 From Gedser Odde (the southernmost point of Denmark.

Weatherforecast is predicting a mix of dry and wet weather but fortunately not strong wind. 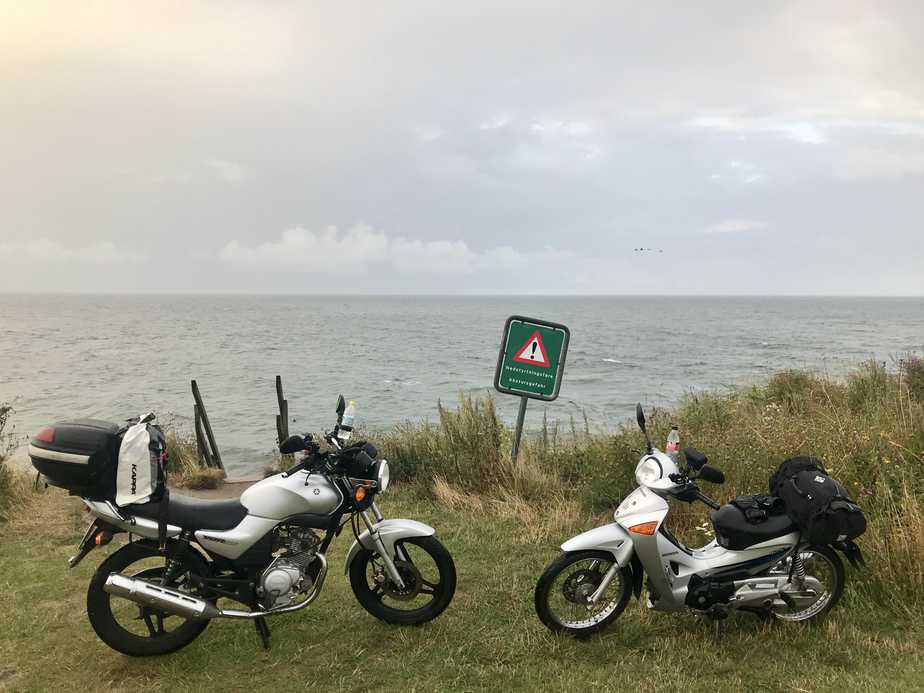 Claus is riding the Yamaha YBR125, and I’m on the Honda ANF125 Innova. 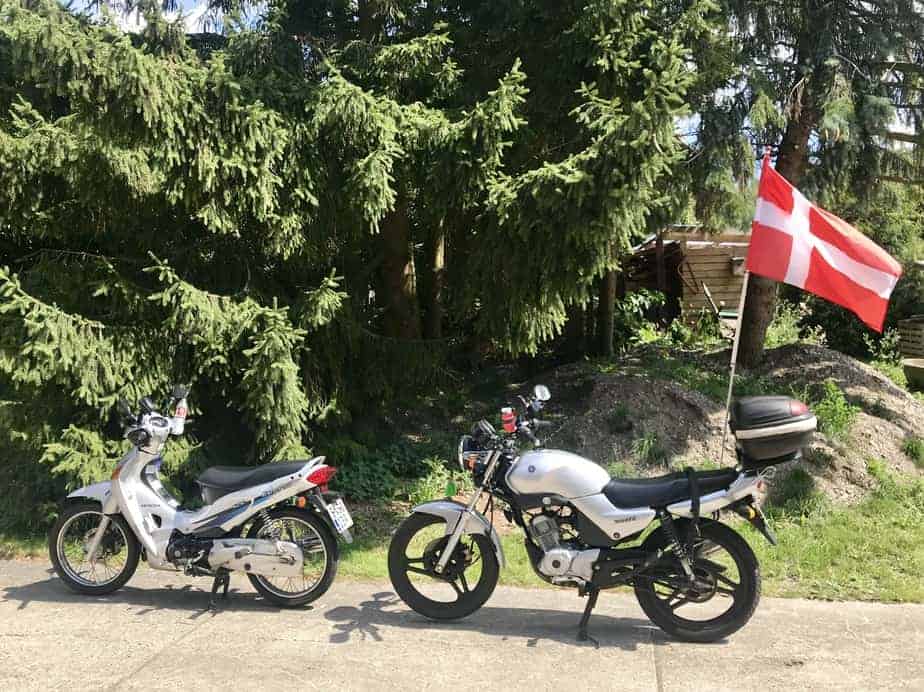 This quest actually started last winter where Claus and I joked about doing a mini Iron Butt tour on 125cc bikes – just for the fun of it.

The Danish mini Iron Butt concept is to ride from Denmark’s southernmost point to the northern tip, in 10 hours, on a bike not exceeding 125cc.

It started as a joke, but four weeks later Claus bought a Yamaha YBR 125 for the project, and then it was no longer possible to back out 🙂

I found an old Honda ANF 125 Innova a few months later and changed oil, spark plug, and drive chain, adjusted the valves and fixed a broken wire inside the wiring harness.

Tyres was almost new, so the only additional preparation was to bolt on my old Tomtom GPS and hook it up to the battery. Luggage will be limited to a roll strapped to the back seat.

To do the trip in 10 hours, we had to plan the route as short as possible, staying on the main roads where we can – to minimize our time on the highways where we will struggle to follow the traffic. 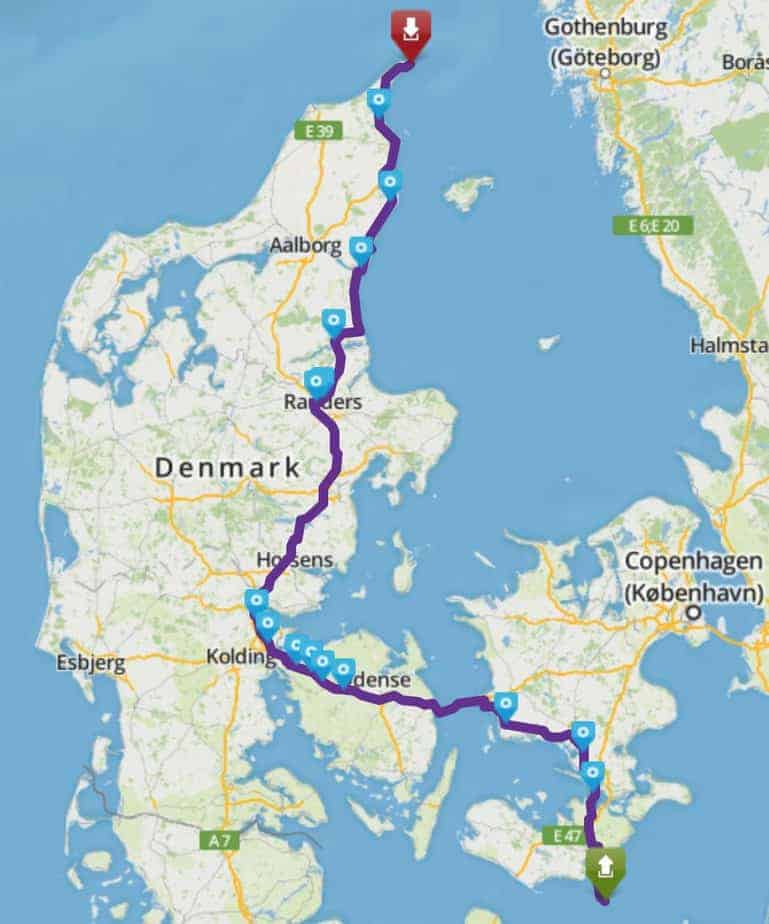